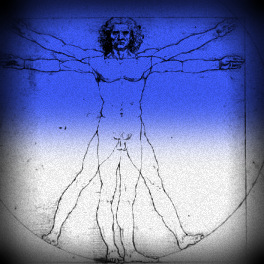 ...under the sun.
Music has fused and mixed from the moment humans started migrating and moving across the continents, listening to each other, sharing songs, modes, rhythms and instruments.

In recent times music fusion has become ubiquitous as labels such as ECM, Peter Gabriel's Real World and Womad festival, Rykodisc, Musica Pangea etc. as well as many artists including Deep Forest, John Mclaughlin, Miles Davis, AfroCelt sound system, Youssou N'Dour and many, many others borrow from, and adapt, the sounds, instruments and styles from elsewhere.

Our global connectivity allows us to experience and absorb the many different musical hybrids and even collaborate over vast distances to share and explore that most fundamental human language.

Sadly, in even more recent times, we see the resurgance of hostility and fear of 'other'. Other people, other tribes, other beliefs, other languages. The brute tribalism that punishes and separates people simply by being, by serendipity of birth, somehow different. For that reason it is important to explore, promote and celebrate those differences with music being just one way of diminishing the fear and hostility.

There are many similar projects and initiatives, working in a variety of ways all over Scotland. They do though tend to be concentrated in the cities, logically enough.

The Liminant project will look forward to collaborations with complimentary projects and musicians in the larger connurbations but will primarily seek to have an input in the less populated, and sometimes quite isolated, communities where cross cultural initiatives, performances and resources rarely reach but where the need might be just as important. 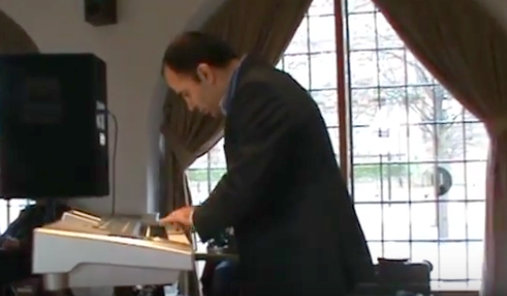 Lebanese multi instrumentalist based in Glasgow. 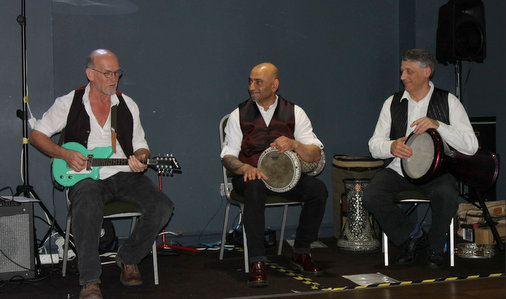